The first in this list comes from Pete's favourite film of all time, A Matter Of Life And Death from 1946. Here's the scene on YouTube (don't worry, there aren't any spoilers for the film)

It's a lovely scene that introduces Roger Livesey's supporting character Dr Reeves, an English eccentric who uses the camera to diagnose the village from above, foreshadowing a surprising amount of the film.

It also features dogs looking at the projection, which is awesome.

The camera is the classic tower design with the mirror rotated by a lever and projected onto a round table. There's also a lovely shot up to the mirror so you can see the workings. 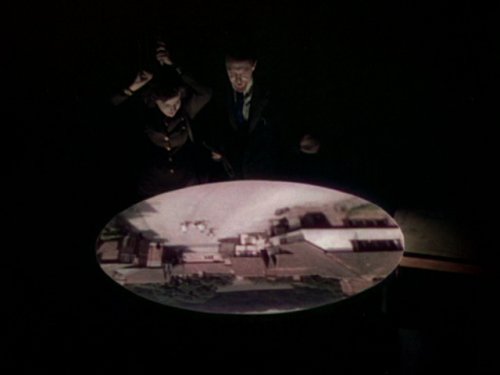 The camera obscura appears in a surprising number of films – here's one list on IMBD. If you have a favourite do let us know!