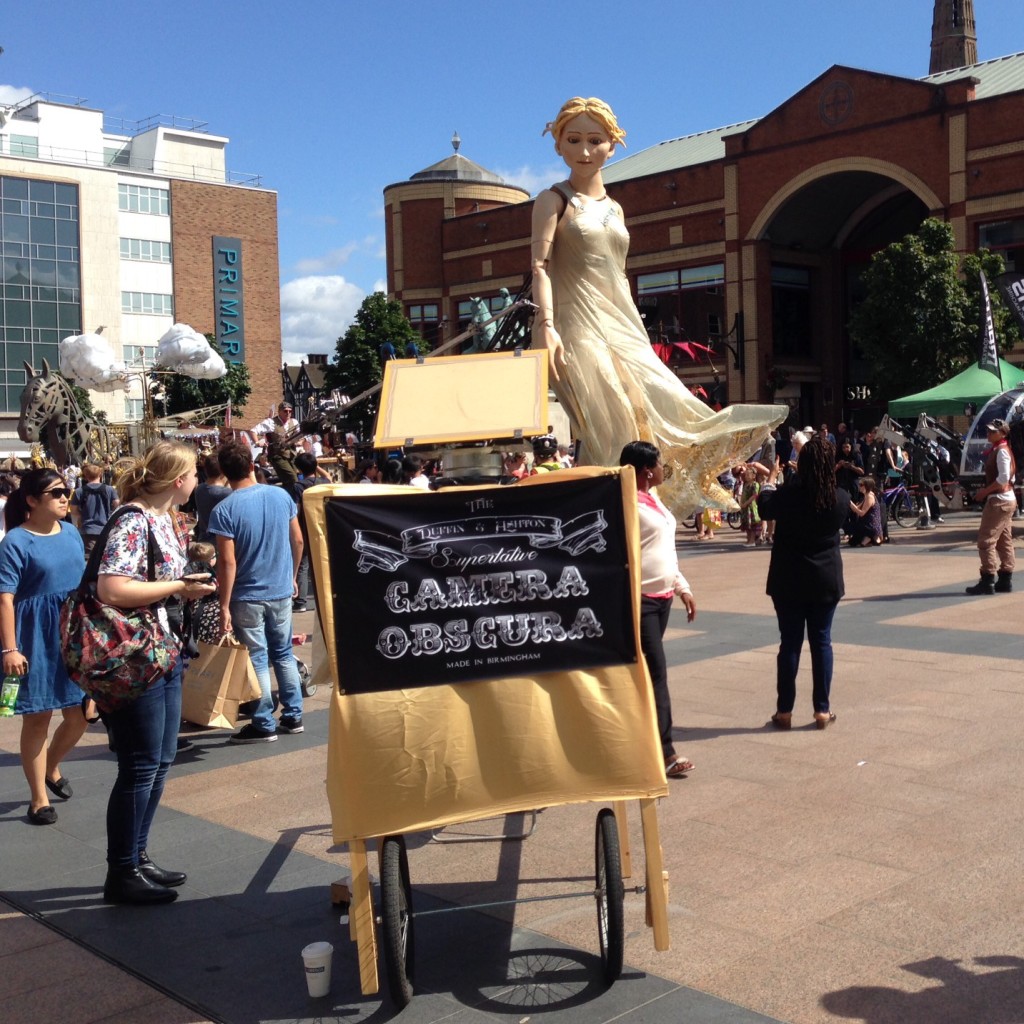 Last Saturday we took our camera out of Birmingham! Only to Coventry, mind, but even so. Next stop, Brazil!

We were invited to the inaugural Festival Of Imagineers, put on by Imagineer Productions who are responsible for the giant Godiva puppet that Coventry has taken to its collective hearts. That's not just hyperbole – it was really noticeable how much affection people had for their giant blinking puppet and this little festival really built on that, bringing in a load of similar performers and makers from around the country to entertain Coventry.

Compared with some of the street artists and performers we felt a little amateur at times with our scruffy box and ordinary clothes, but that didn't stop hundreds of people sticking their heads in and telling us their camera obscura stories. I think we represented the "anyone can do this, and it's still magical" side of things. And that's a very good thing to represent.

There are plans for this to be an annual event which we'd love to come back to but in the meanwhile we'll be back in Coventry on November 8-9th for the (unrelated) Imagineering Festival at the Rioch Stadium where we hope to be running some obscura workshops.

Here's a bit of video shot inside the camera, followed by the photos. 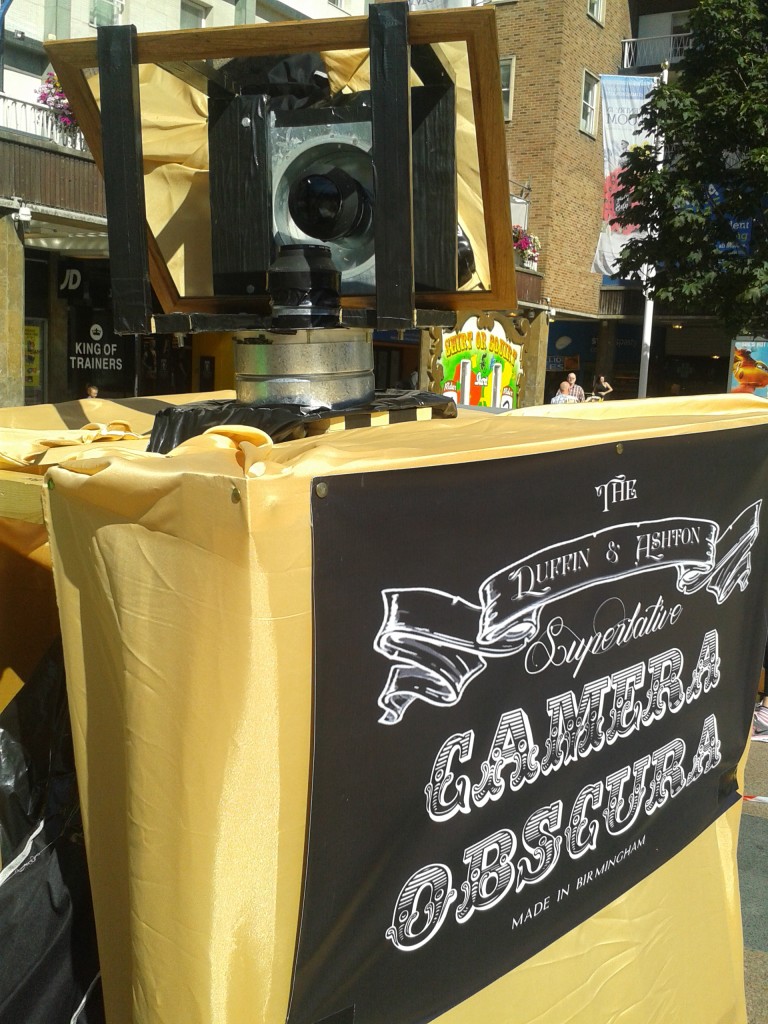 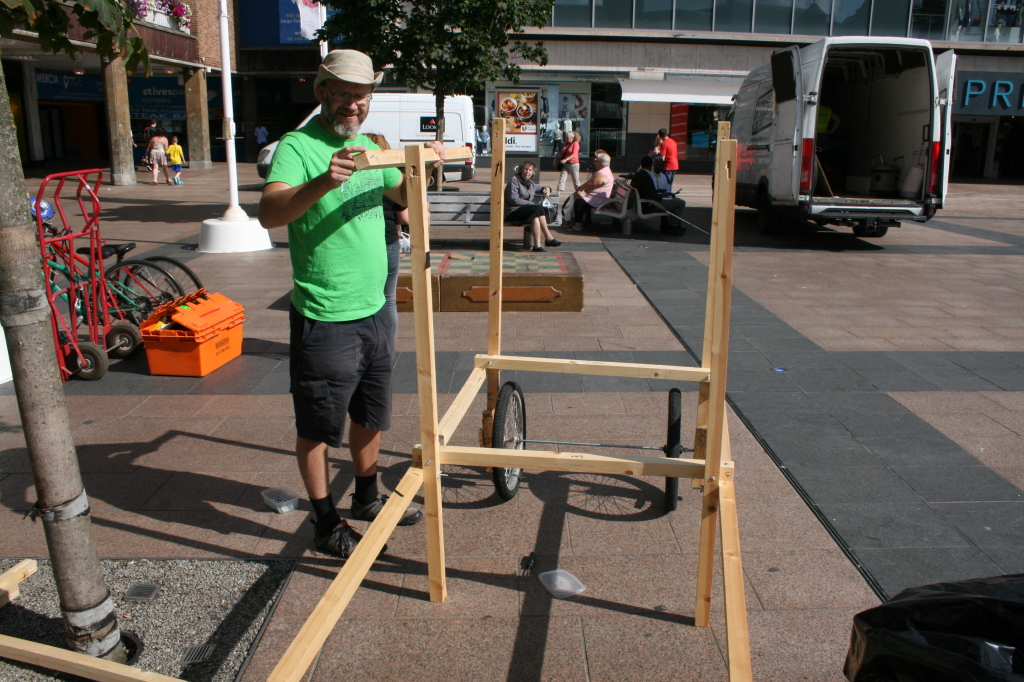 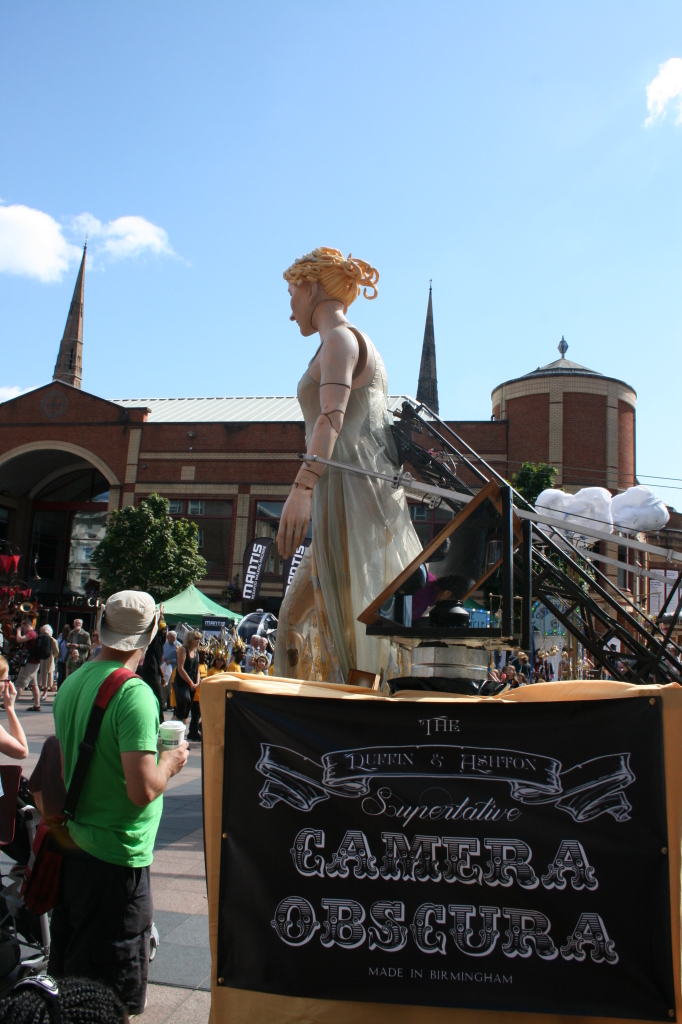 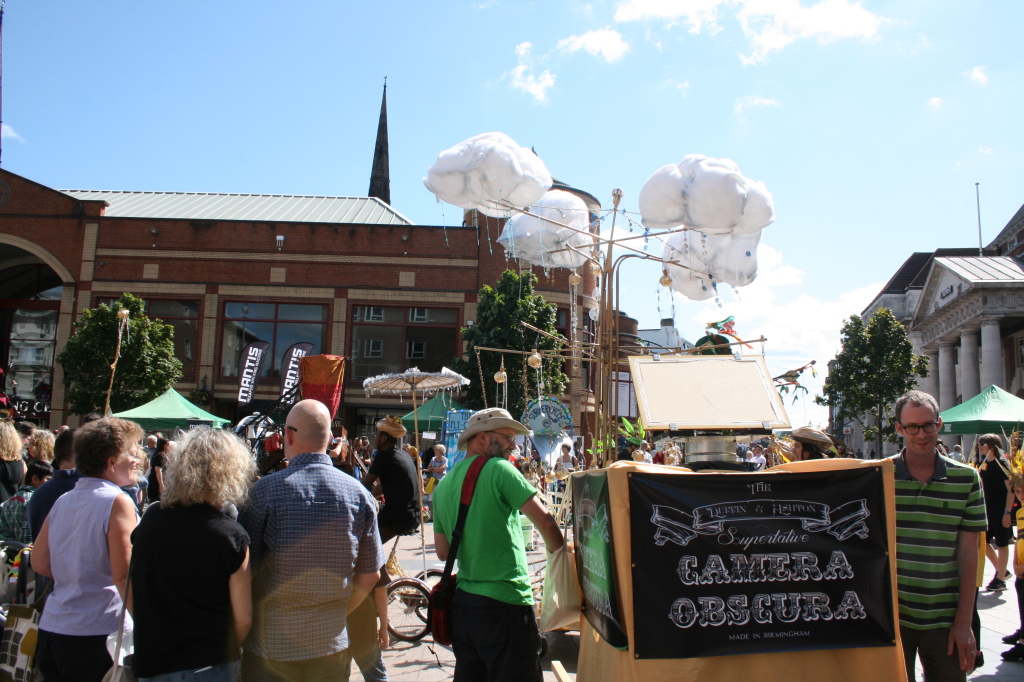 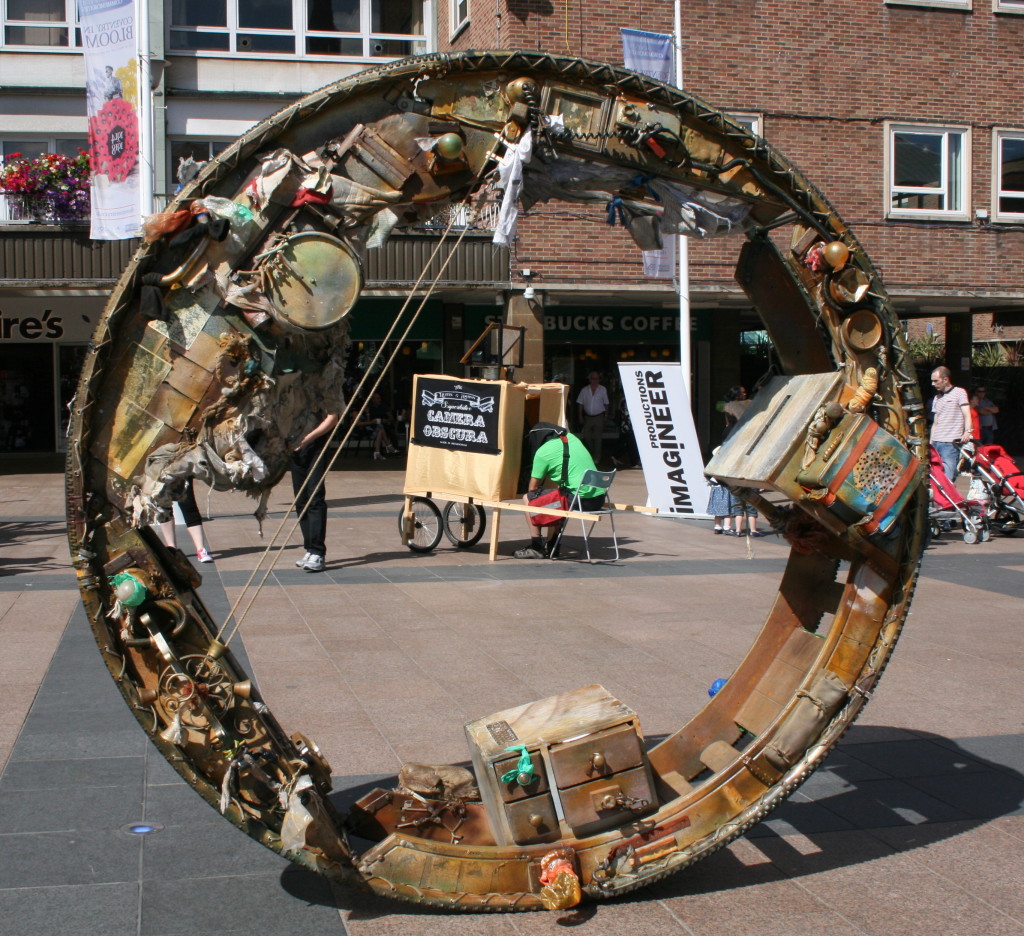 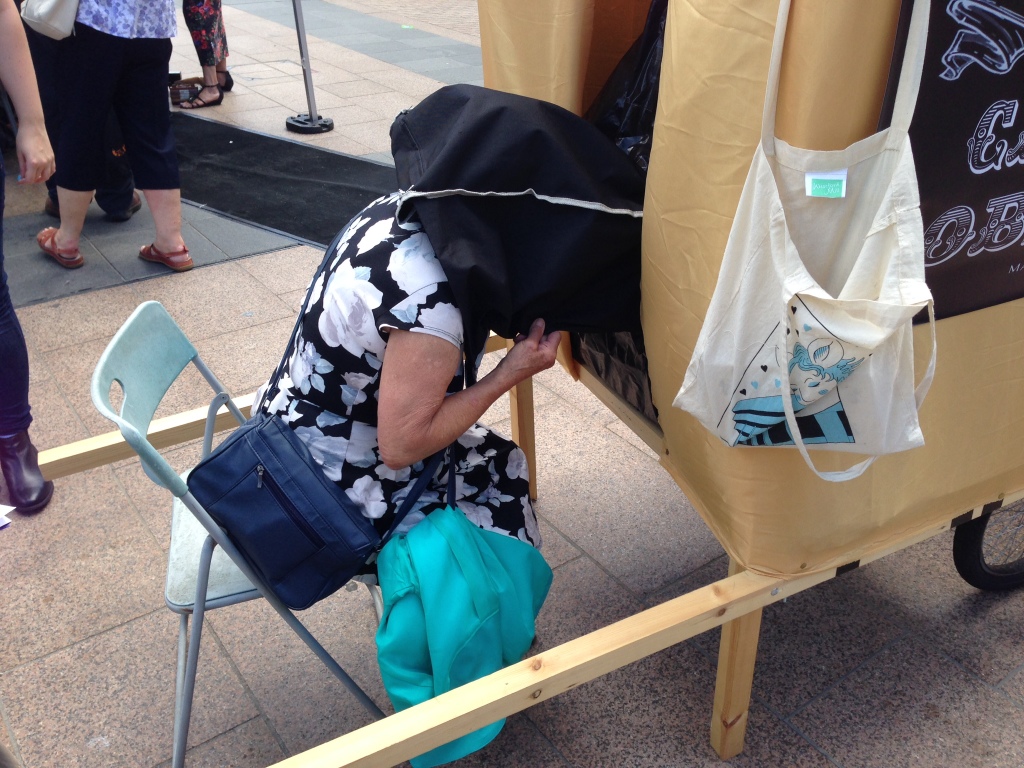 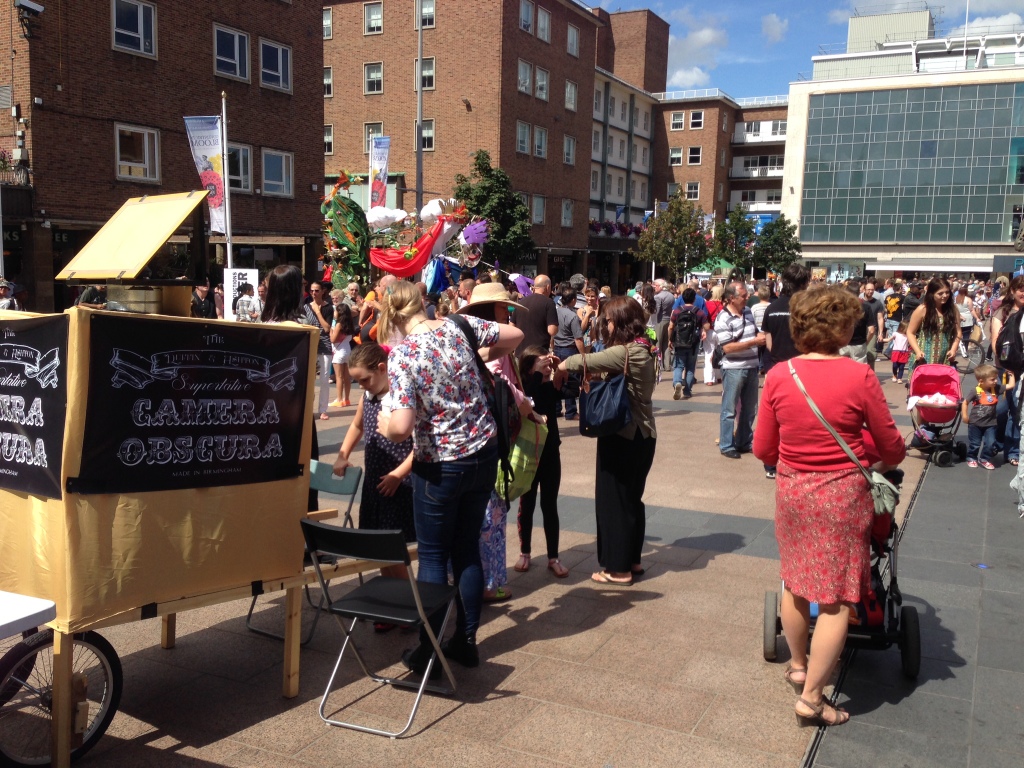 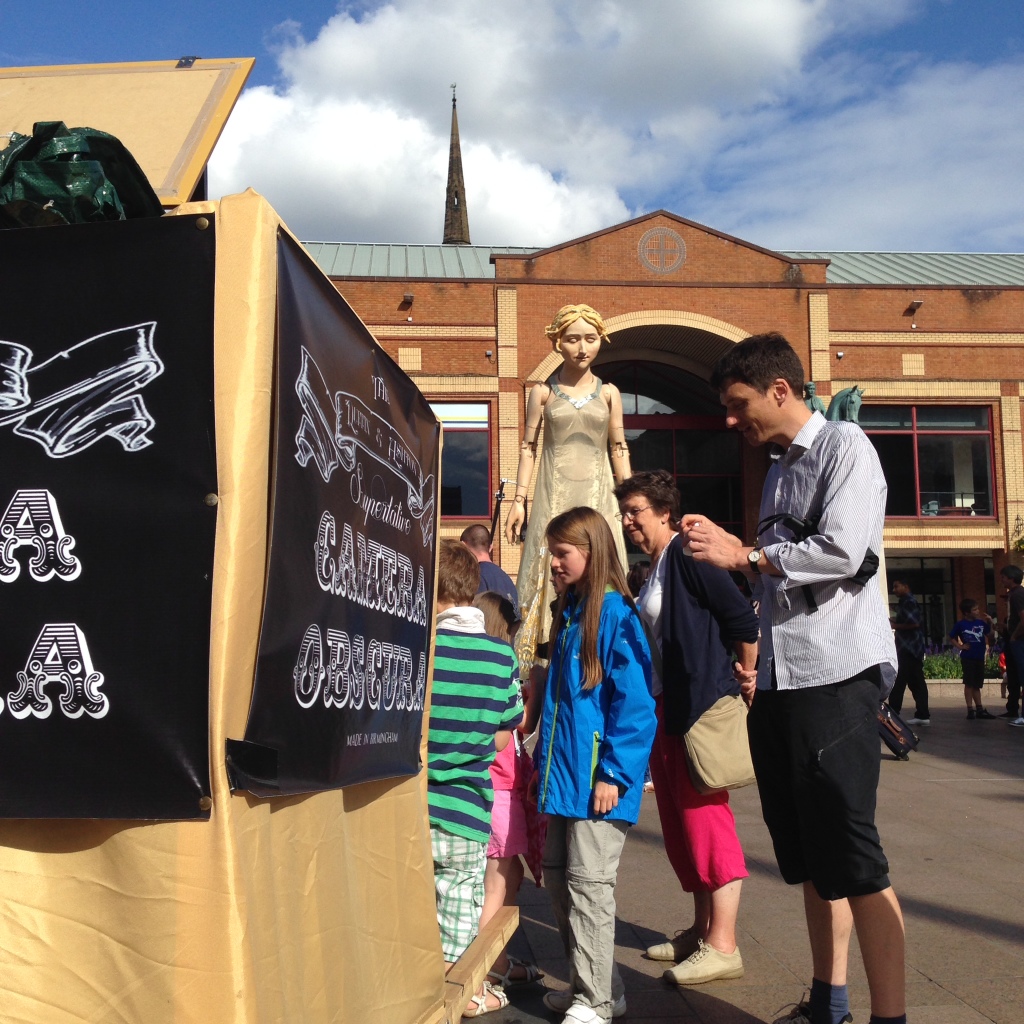