While searching for something else (as is always the way) I came across this rather delightfully designed camera obscura in Long Island. 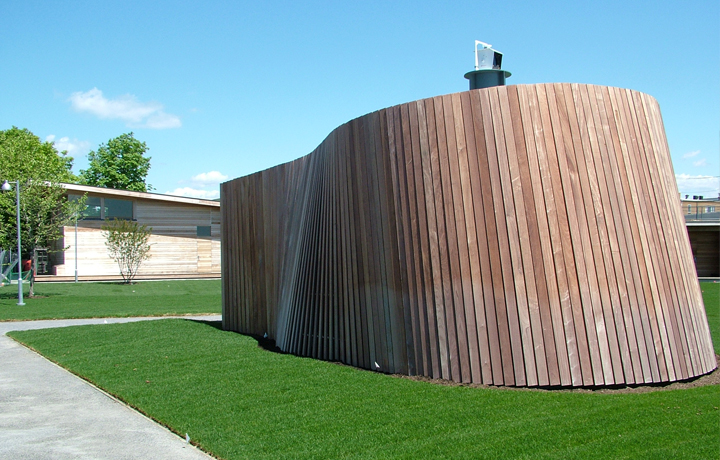 It was designed and built in 2005 by SHoP Architects and has a lovely modern swoop to it, updating the traditional round tower and fitting in nicely with the harbourside environs. 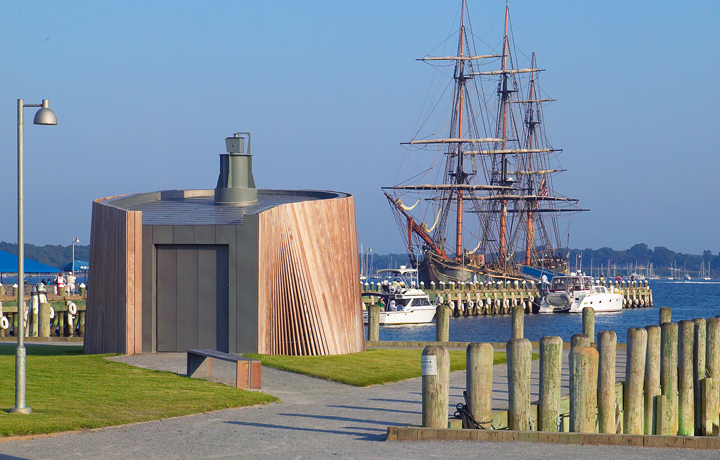 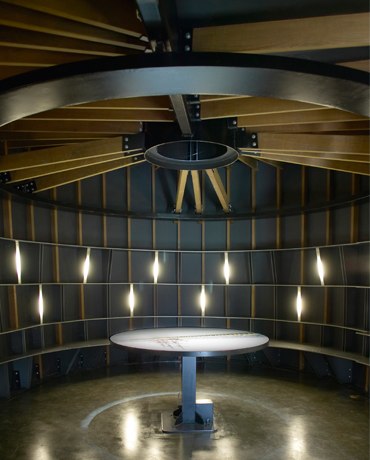 There’s a nice report on the Magic Mirror site from 2007 which has some good nerdy photos of the apparatus. Interesting to note they solved the focussing issue by having the table itself go up and down.

According to this tourism site the camera is still functioning a decade later though by appointment only. It’s weathered nicely too. 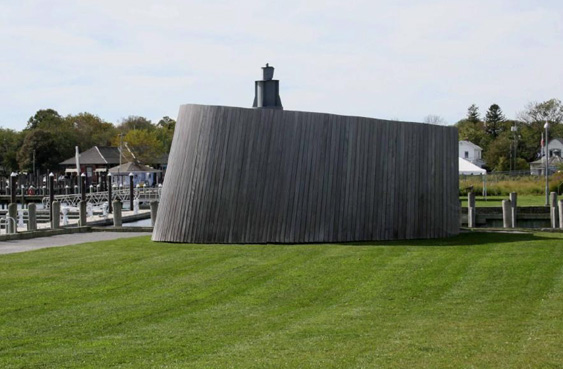