In July I was lucky enough to go to the Isles of Scilly, something I can highly recommend, and was delighted to hear they had a camera obscura on the main island of St Mary’s. It’s currently not listed on maps but you’ll find it at these co-ordinates. From the south beach at Hugh Town, look for this sign. 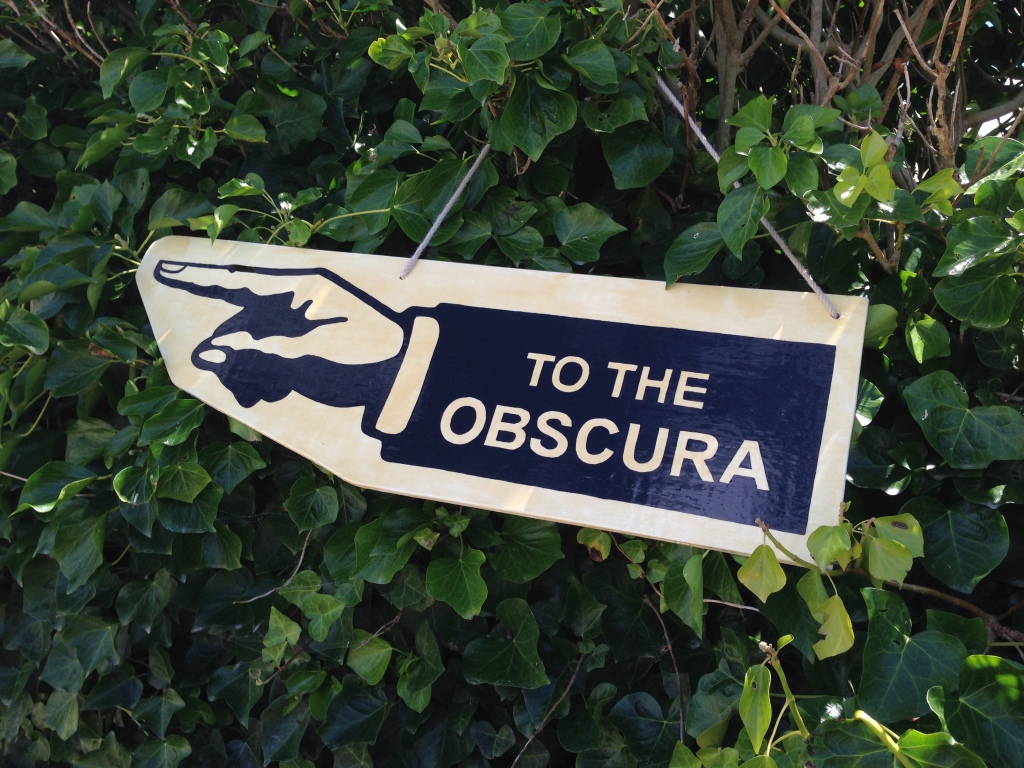 Walk along the path up the hill until you see a tower with a familiar looking protrusion. 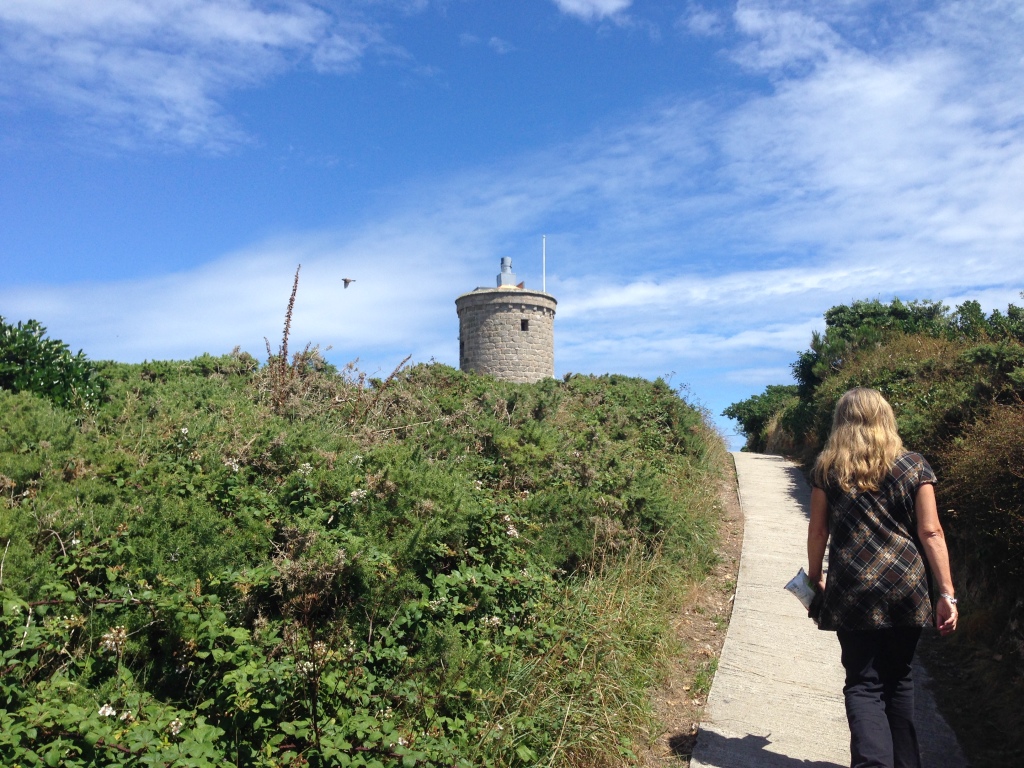 If the lens is up and the bunting is out then you know the obscura is open for business! 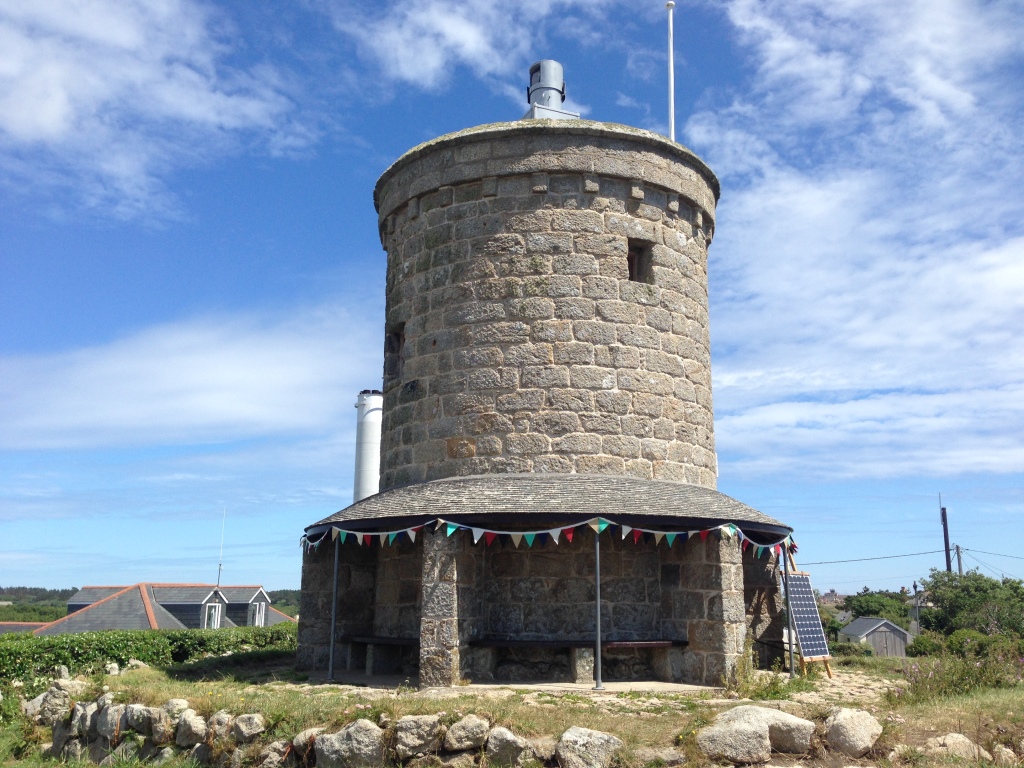 Thanks in part to the wonderful light you get on the Scillys, the projected image is quite beautiful even with light-leaks from the windows, necessarily open given the heatwave we were enjoying. 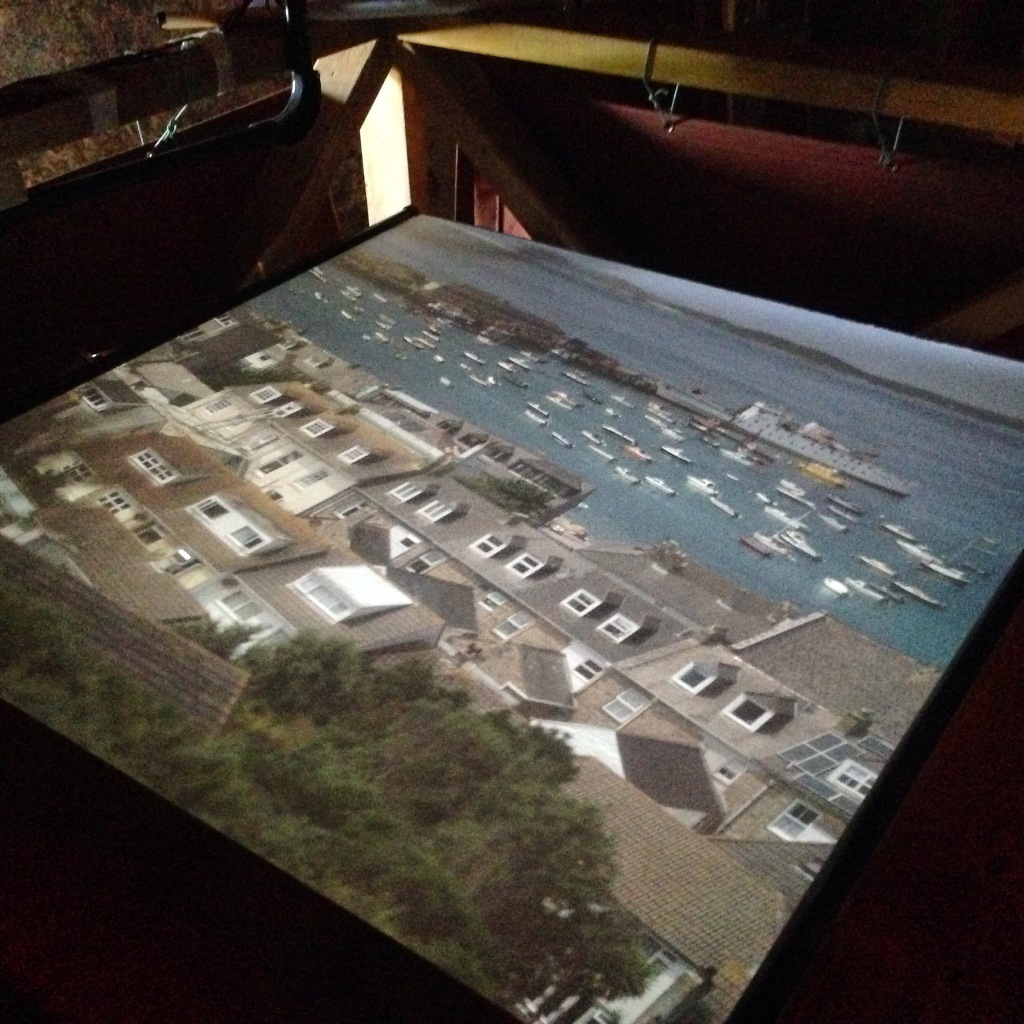 The lens and mirror assembly is mounted in a collapsable tower, giving a wide view of nearly the whole island, which makes for a great orientation for new visitors. This is lead by Andrew, the camera operator, who has lived on the island long enough to know all the stories.

This tower system does, unfortunately, mean the camera doesn’t operate in high winds, but we didn’t have that problem when we were there. 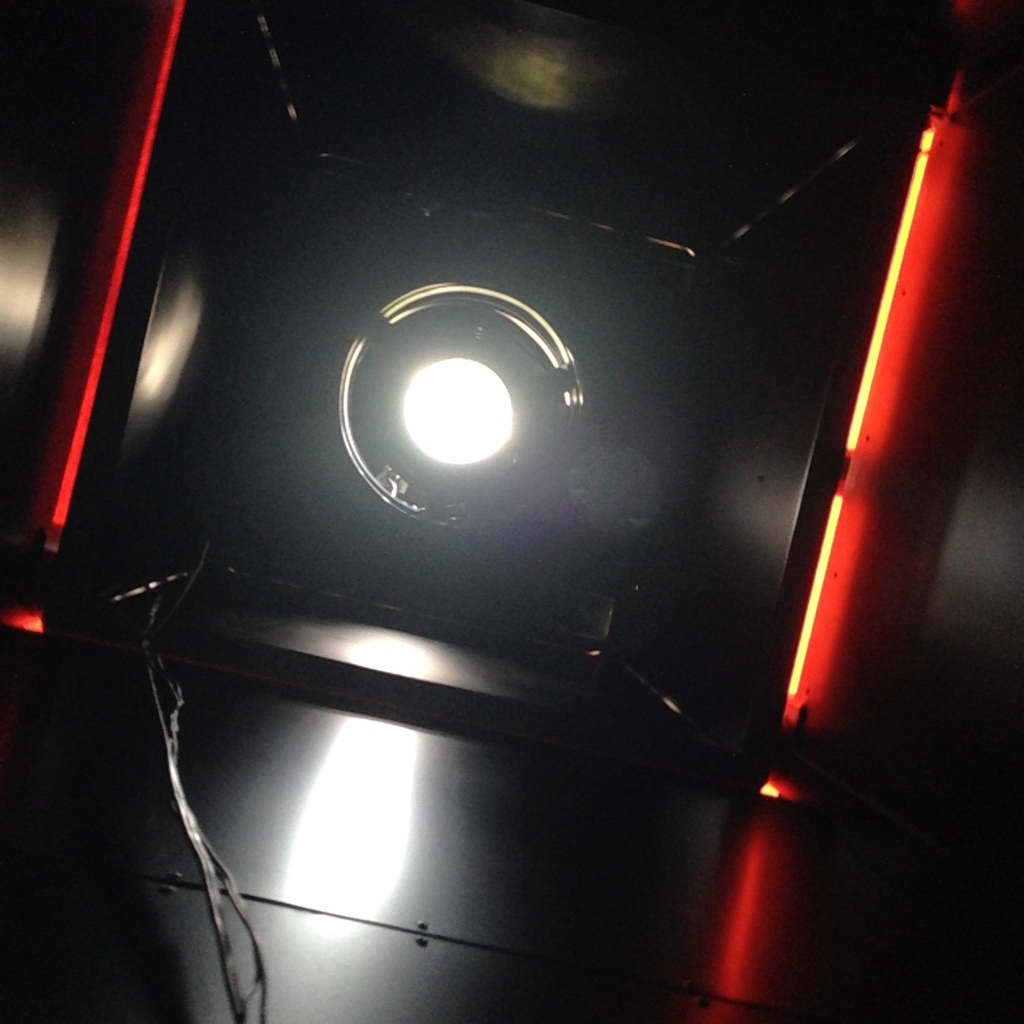 The camera is a new venture on the island this year, and did reportedly have some residents concerned. A section of the 360 view is blocked off because it would give too good a view into people’s windows and gardens, something we hadn’t really considered before.

An interesting side to the camera is that Andrew does not have a background in cameras or optics. He took on the project to restore the tower itself and the obscura was a byproduct of wondering what to do with it. It is lovely to see old structures like this being given a new lease of life and I really hope the camera develops into a long term attraction.

One small criticism I did have was the screen used wasn’t really that suitable. Andrew had gone for a standard silver projection screen designed to be looked at from a distance. These have artefacts which enhance distance viewing but are distracting close-up, rather like an old CRT TV. I would have used a plain sheet of white card which would have given a clearer, brighter image.

The screen was also flat, meaning details on the edges were out of focus and required manual use of a card to see them. Again, not a major problem and one which can easily be solved in the future, bringing it up to the professional level of the lens mechanism.

I was deeply impressed when I heard Andrew and his partner Be had only been running the camera for a few scant months. It feels like a mature, oiled operation while still retaining the eccentric, off-kilter air you’d expect from the camera obscura. On the way up the stairs is their Cabinet of Curiosities which people are invited to contribute to. While we were there someone was delivering a carefully melted-flat Barbie doll. Lovely!

They also have the best/worst website I’ve seen for a camera obscura so far.