A few weekends ago on 4th and 5th of October, we were at Fun Palaces (I say ‘we’, Pete was honeymooning and then teaching, so my brother came up to help me out). It turned out to be a particularly interesting weekend, mainly due to the wide range of individuals whom we introduced to the Camera Obscura.

For those of you who don’t know, Fun Palaces is an National Arts Council initiative new this year, but based on an old idea. You can find out more about it on their website.

On Saturday morning, we started off at Birmingham Museum and Art Gallery. It was a difficult location at first, as it was the first time we had been at an indoor event, and on a dull, rainy morning the light was not ideal. However, as the sun came out, the room brightened a lot and we began to get a clear image.

We had some intriguing comments, especially from some younger children, one saying that they could 'see a house' – referring to the selection of windows, another said 'I can see the eyes' which didn't make any sense until we looked into the box again. Do you see them? Can you also spot the 'ghost' window? 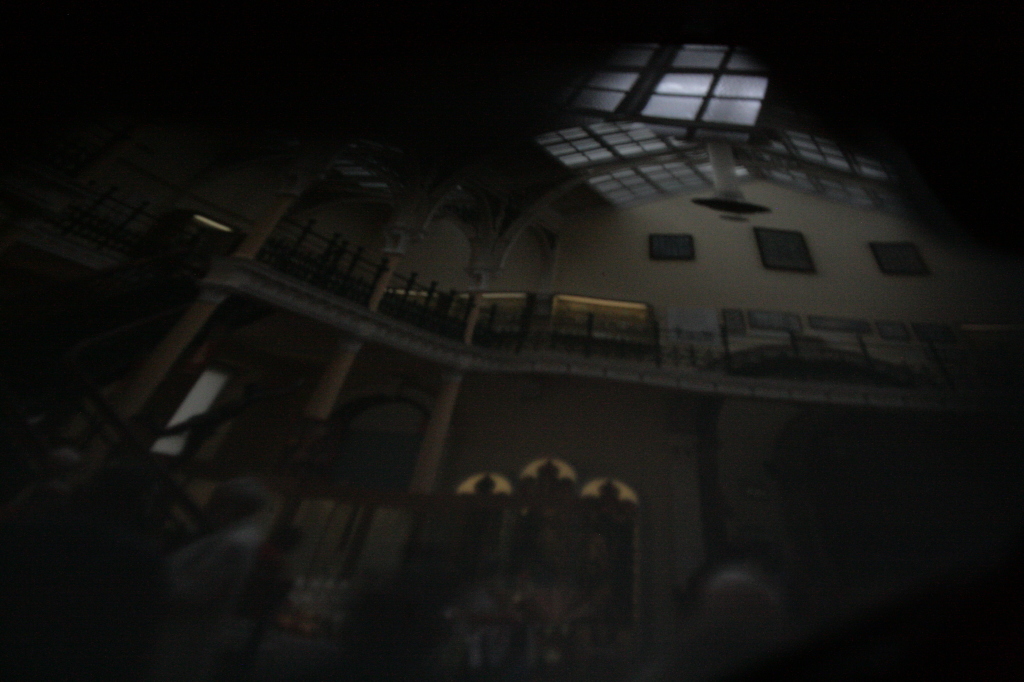 The day also involved a series of visits from some Buddhist monks, as there was a series of Buddhist celebrations in relation to 150 years since the Buddha statue was offered to the museum. We also had a fantastic encounter with a visually impaired lady, who patiently waited for the image emerge, and as the sun came out brightly, we could hear her explain from inside, what she could see. Her guide dog seemed curious/concerned about what was going on! 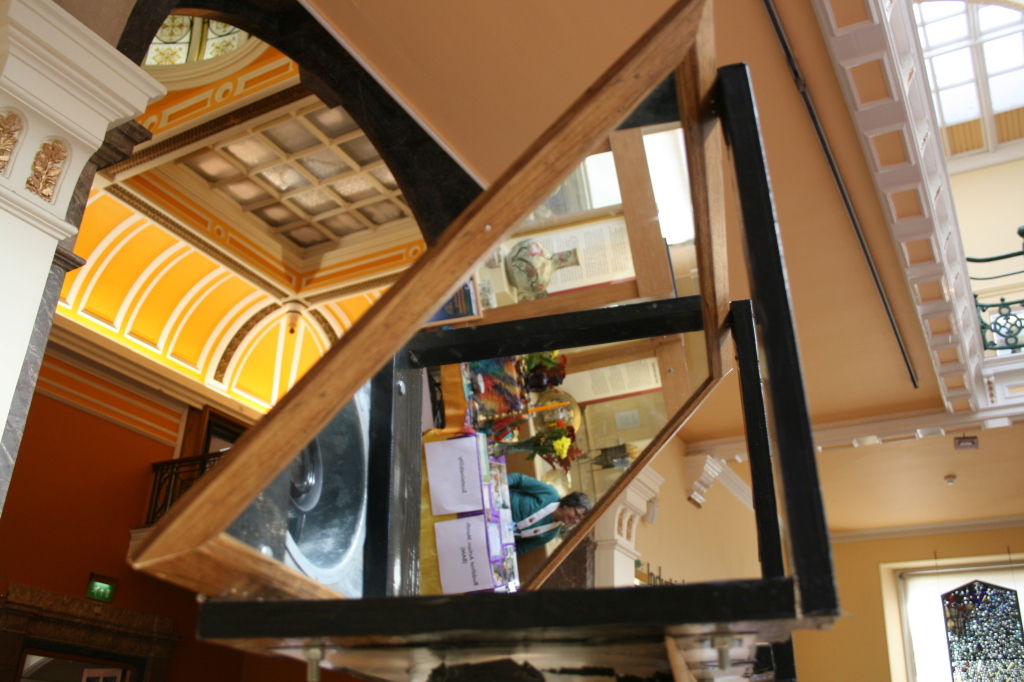 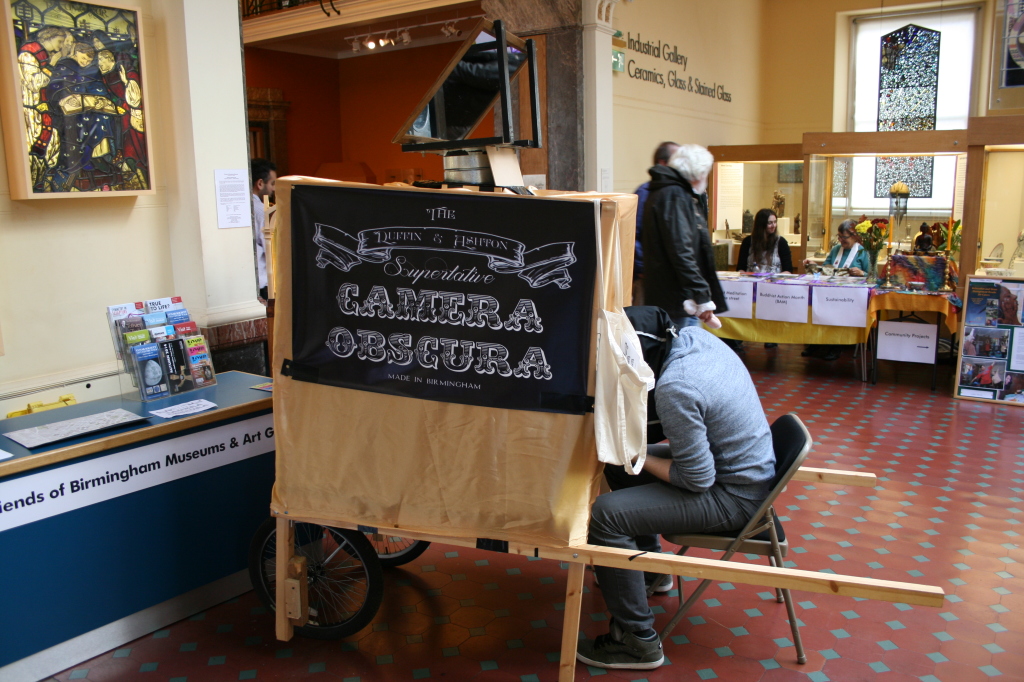 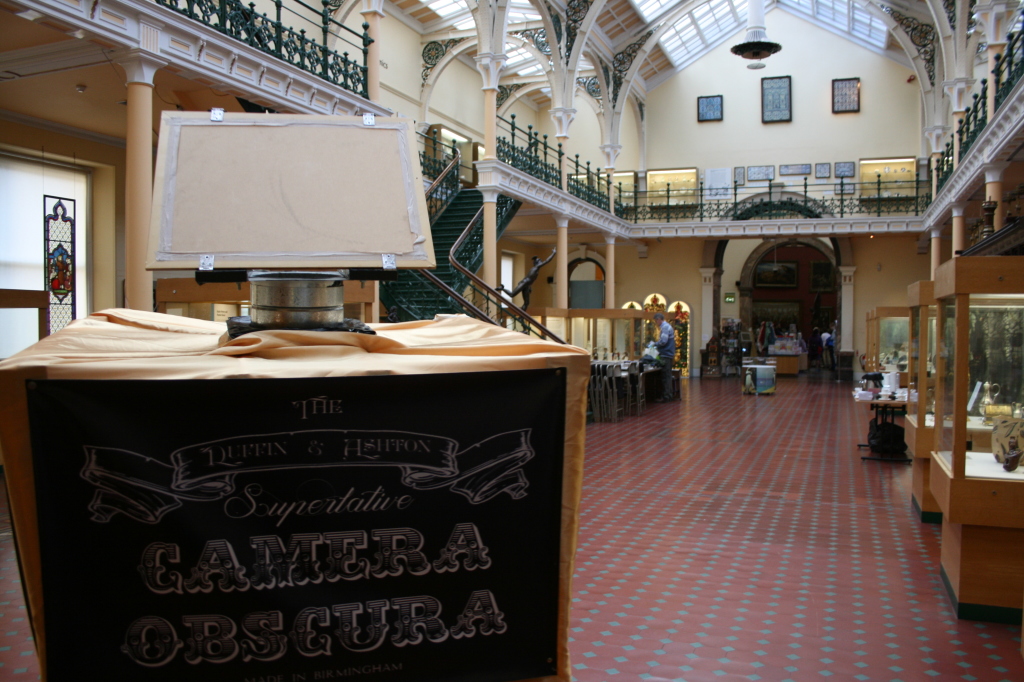 On Sunday, we moved to outside The Rep, by wheeling it through the Paradise Forum. This was a far quieter day, as we were in a rather large, open space. Although there were far fewer people, we got an equally wide cross section of people. With it being quieter, we did get to play around with the camera, adjusting the focus and trying different distances from buildings. 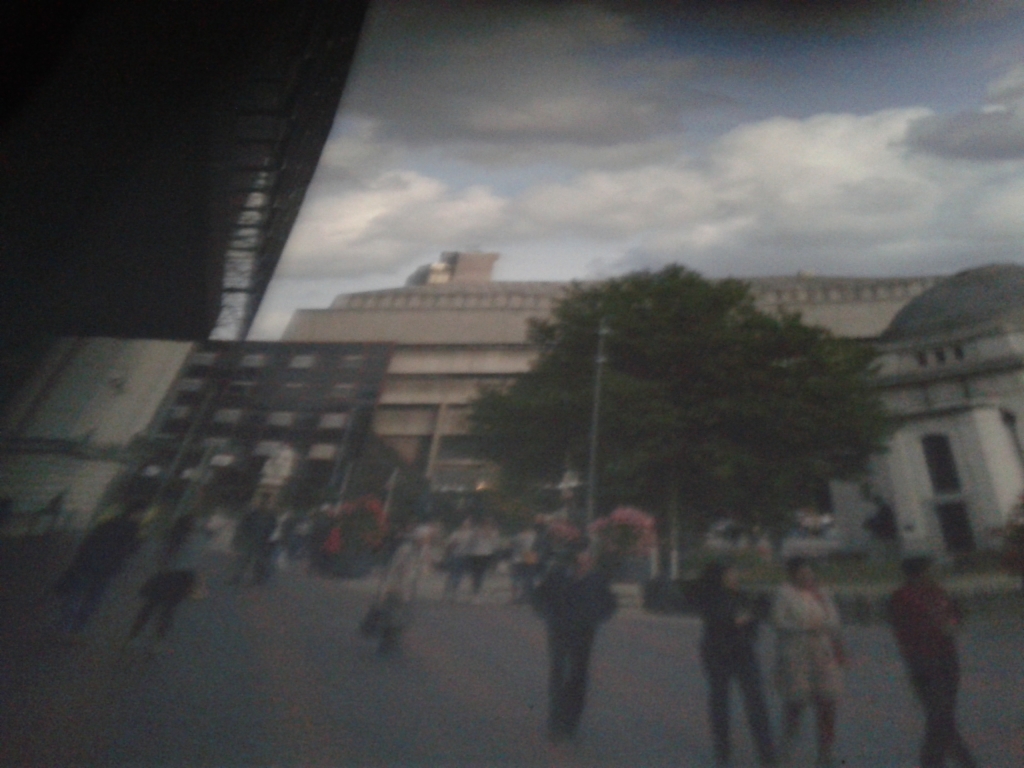 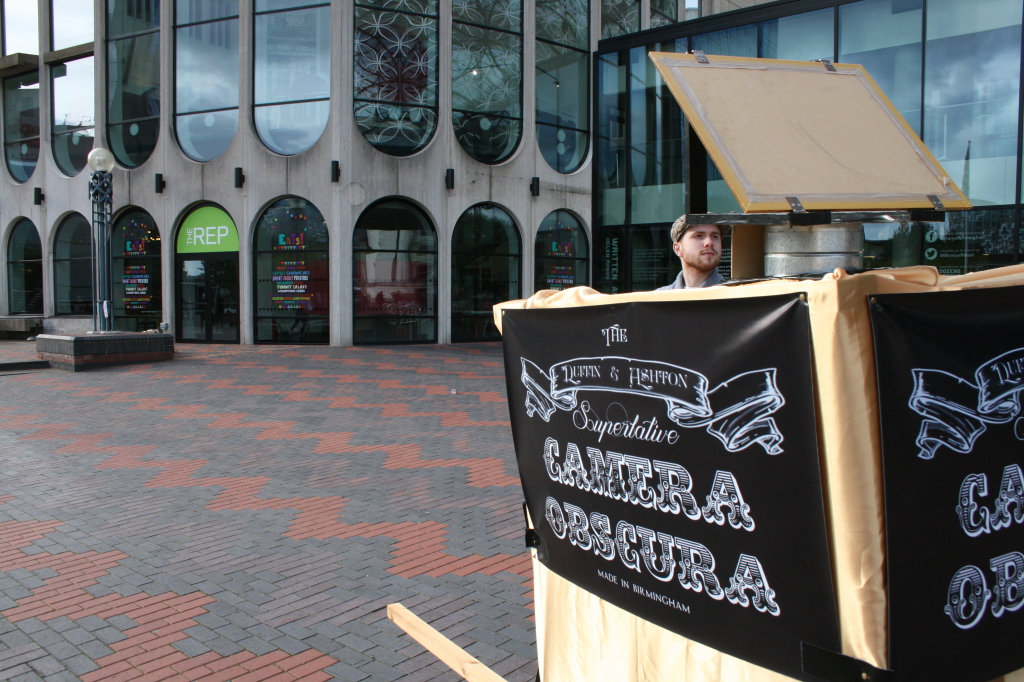 A big thank you to Lousie Alden and Kenny Webster, especially for helping us manoeuvre  the camera through the museum and carry it down several flights of stairs; to Katerina Pushkin and Jenny Smith for inviting us to The Rep's Fun Palaces and for providing us with free tea and coffee, and of course our temporary glamorous assistant Tom: 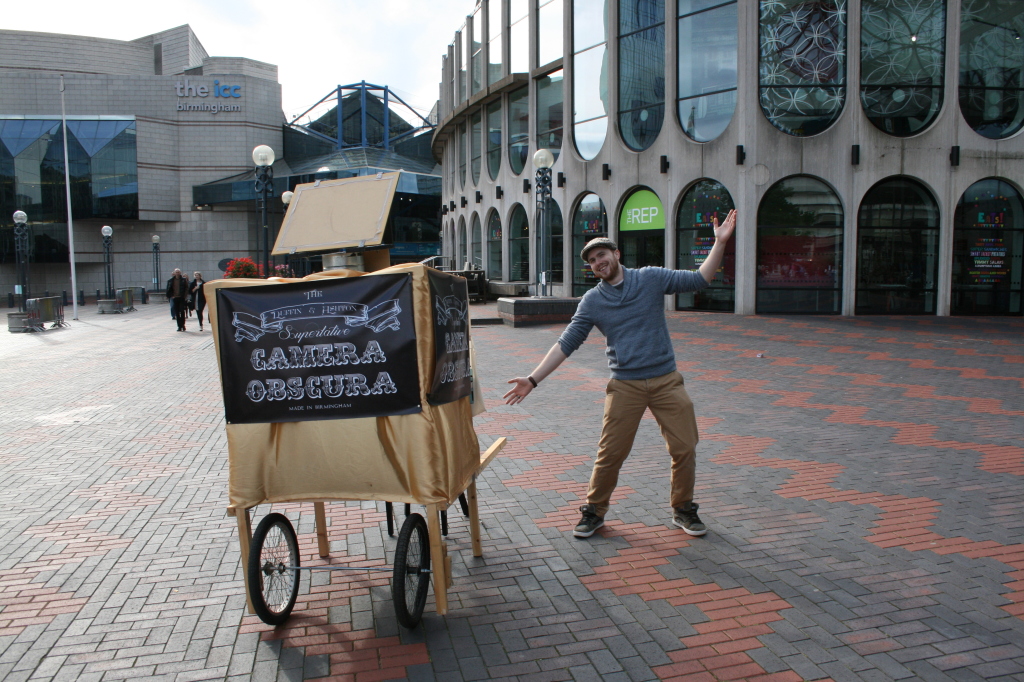 p.s. apologies for the delay in posting, it had been sat in drafts for a couple of weeks!