Last week we visited Matt Moore, who is building our new Portable Camera Obscura, at his workshop. He revealed to us the first glimpse of the new Portable Camera Obscura build which you can see below. So far he has build the lid and base pieces which will form the core structure which will contain the projected image,  the lens housing will sit on top of, and will be supported by the wheels. The new structure will be far more modular than the first build, the core structure will be simply detachable from the wheels and lens mechanism, so we can swap and change the pieces.

This will allow us to be far more flexible about how we show the camera obsucara. We could wheel it to a venue and then just sit the core box somewhere or make it into part of a larger installation. It also means that we could mount it onto different wheels or bases. There are many possibilities!

As you can see below, Matt has started with the top and bottom trays, which the side panels will then attach to, to form the core cube structure. Aren’t they beautiful?

This is only the first part of the exciting new build, next up will be forming the side panels, fixing the lens housing onto the top (and the new lens once it has been made for us!) and then building the base and wheels which will make it portable.

The overall structure will be far stronger and more hard wearing. Once we have the new lens installed it will also be a far clearer image, and with the mechanised mirror, will be able to easily turn the mirror, allowing the viewer to control the view they look at. 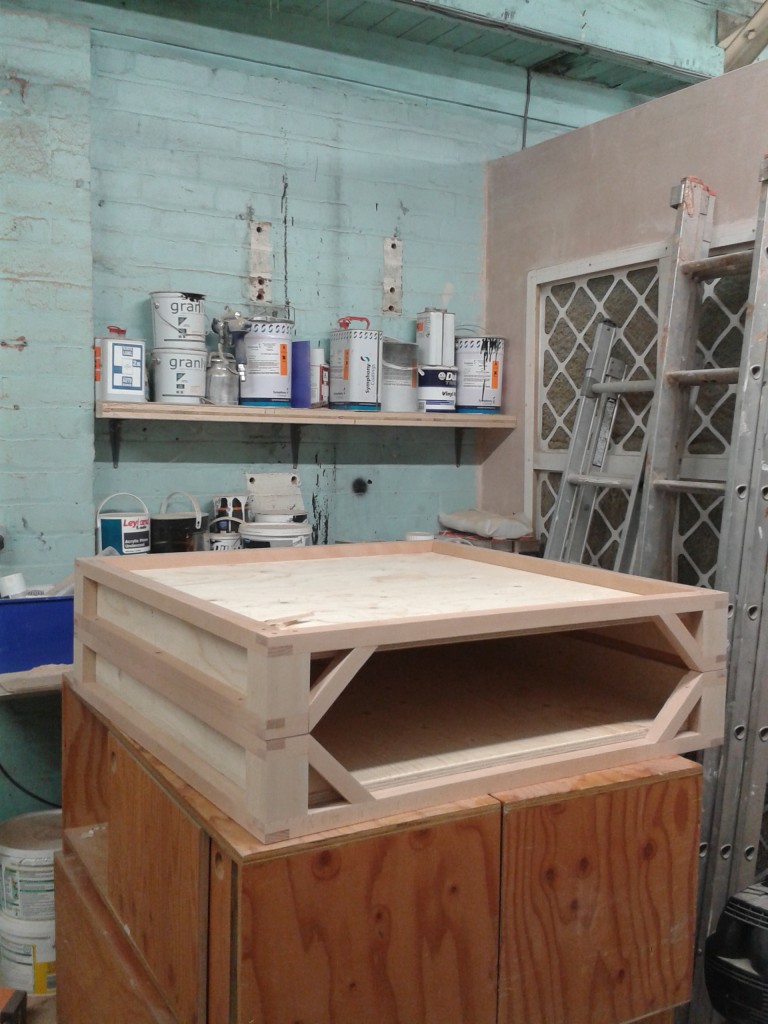 Flatpack Film Festival runs 19-29 March and we are chuffed to be a part of it this year, with an installation in Home Deli Cafe, as well as running two workshops alongside the installation. This is part of the first part of the festival called Film Bug which takes place in Colmore Business District 20-21 March. The festival then moves through the City towards Digbeth for the second weekend.

Our installation will comprise of a series of miniature camera obscuras, hanging in the window of the cafe. They will be there to see all day Friday 20th and Saturday 21st March.
Friday 7.30am – 7.00pm
Saturday 10.30am – 5.00pm

Workshops:
We are also running two free, drop-in workshops where you can make your own handheld cardboard camera obscura:
Friday 3-4pm
Saturday 3.30-4.30pm 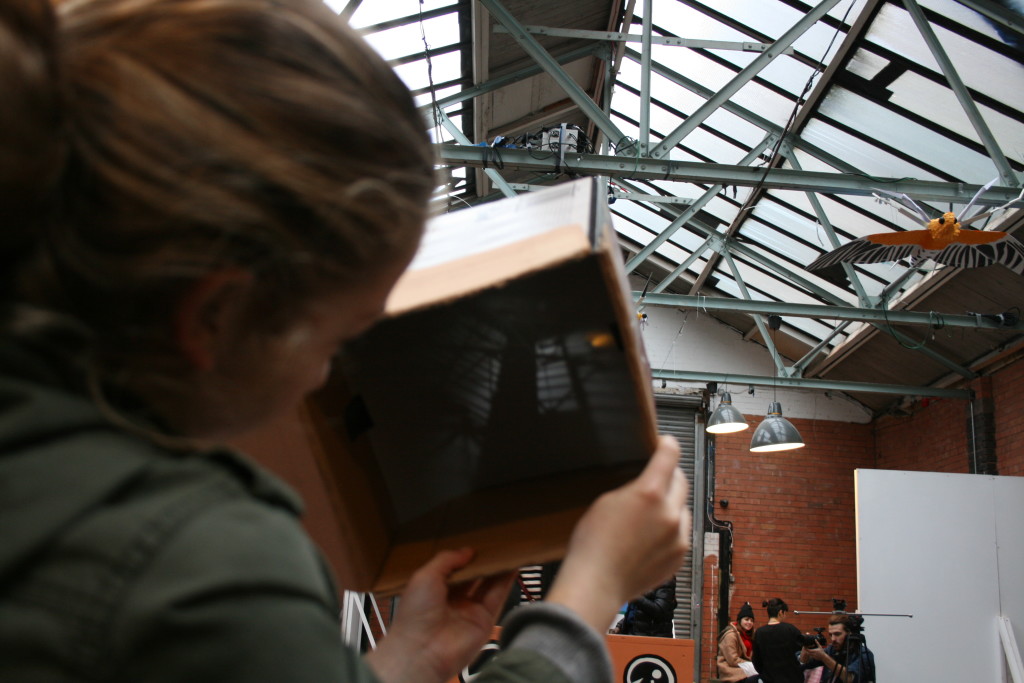