We were at the Moseley Folk Festival this weekend and it was tremendous fun. Full report to come soon but we tried something new, sticking a little digital camera inside the camera obscura to record what it saw.

Here’s a nice representative clip from early Saturday of the mirror being attached, the view playing out and then, two minutes in, Pete’s friend Ian being given a tour. Watch for his hairy head.

END_OF_DOCUMENT_TOKEN_TO_BE_REPLACED 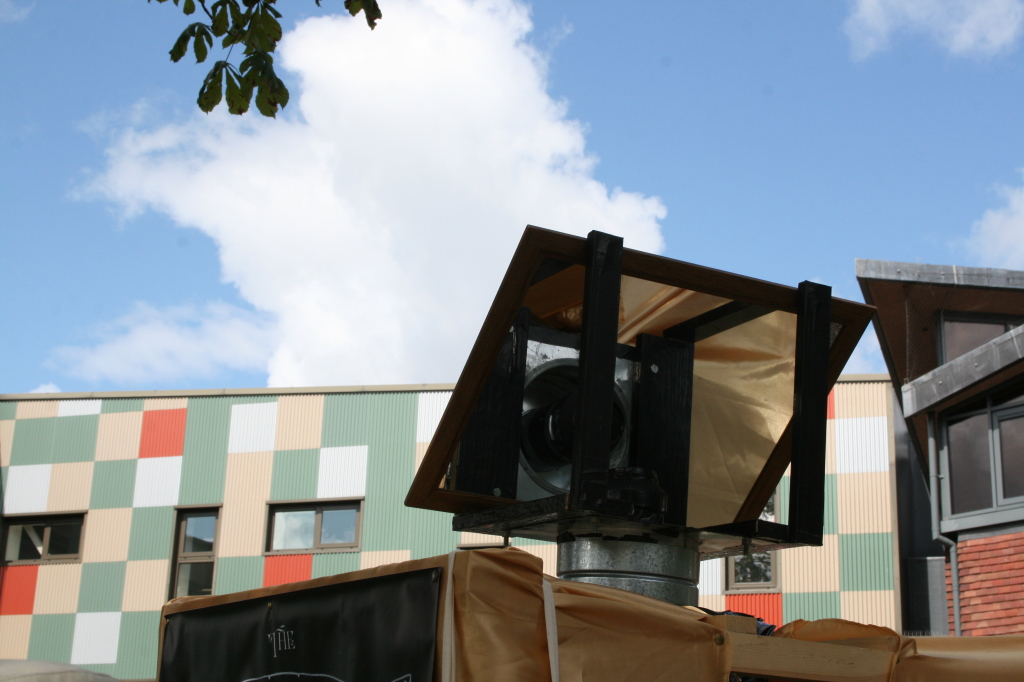 Flatpack have been running a series of film-related events for the younger humans called Screen Juniors at the mac this summer and we asked if we could tag along one day. So last Sunday, prior to the Pinocchio screening, we set up the camera on the path between the back of the mac and the Cannon Hill Park and entertained the pubic for a few hours while people started gathering for the Eid Mela.

END_OF_DOCUMENT_TOKEN_TO_BE_REPLACED

Talk to people about the Camera Obscura, as we do all the time these days, and chances are they’ll mention the theory that Renaissance painters such as Caravaggio used such things to bring realism to their work, so we thought it worth featuring on the blog.

END_OF_DOCUMENT_TOKEN_TO_BE_REPLACED 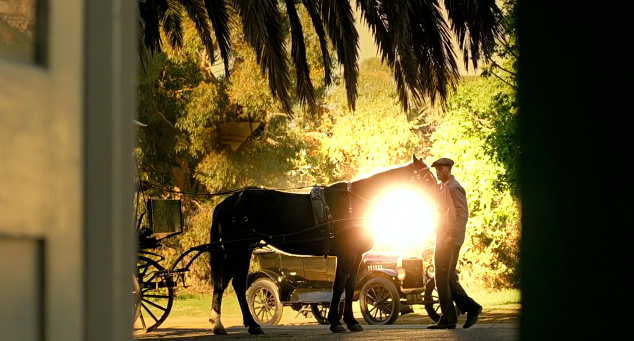 Last Saturday we took our camera out of Birmingham! Only to Coventry, mind, but even so. Next stop, Brazil!

We were invited to the inaugural Festival Of Imagineers, put on by Imagineer Productions who are responsible for the giant Godiva puppet that Coventry has taken to its collective hearts. That's not just hyperbole – it was really noticeable how much affection people had for their giant blinking puppet and this little festival really built on that, bringing in a load of similar performers and makers from around the country to entertain Coventry.

END_OF_DOCUMENT_TOKEN_TO_BE_REPLACED END_OF_DOCUMENT_TOKEN_TO_BE_REPLACED

On Saturday we wheeled the camera to Edible Eastside where the Bicycle Basket Bazaar was taking place as part of the Warwick Bar Summer Fete. Got all that?

It was a lovely little affair put on by the various arty types in that corner of Digbeth and we had some good chats and happy smiles from those who had a go. Because Pete was on his own (Jenny was on holiday) he didn't take many pictures of people using it but here's one plus a couple we scavenged from the internets.

END_OF_DOCUMENT_TOKEN_TO_BE_REPLACED In a move that might become a regular occurrence, Pete decided to overhaul the Portable Camera Obscura two days before its next outing in an effort to speed up construction. The result is we shaved a whole 75 minutes off the build time!

The main change is actually quite sensible. The camera part is now a self-contained pyramid which is hung inside the frame, similar to a pop-up dome tent. Other improvements included a new bright white screen at the bottom and a means by which the wheels don't fall off, both of which were appreciated. Finally, you no longer look down into the box but stick your head right in, allowing the viewer to get right up close to the projection. It's a much more immersive experience.

We were cheekily piggybacking the Redeye National Photography Symposium at the Library of Birmingham and they graciously welcomed us with enthusiasm. And while we learned that the public squares of Birmingham are not quite as free to use as we first thought (you need permission to set stuff up on them) which caused a bit of a kerfuffle (big apologies to those sucked in to it) we seemed to get away with it, we think. Lesson learned and we know who to ask next time.

We were outside the library from 11am to 4pm and the experience was quite different to wheeling around Digbeth last week. When you set up in the city centre people automatically assume you're selling something, thanks to all the incessant marketing that goes on. It's a shame, really, that anyone trying to do something non-commercial (or just for the hell of it) is automatically tainted by the intrusive behaviour of the marketeers and is treated with suspicion, but them's the breaks.

That said, around 150 people had a go and all of them enjoyed it. Our plans for bigger and better Camera Obscurae over the next few years went down well too which was great confirmation to get from random members of the public. Lots of people were already familiar with the concept and gave us tips and ideas which are always welcome.

A big deal was meeting Tim Norgate who runs Pinhole Solutions in Birmingham and who has lots of experience in building Camera Obscurae. He answered a load of questions we had and offered his expertise for future builds. The team grows!

Of course the main reason we chose that place and time was to meet people attending the Photography Symposium during their breaks and we had some wonderful chats with the lanyarded throng, from local photographers to the Director General of The Royal Photographic Society and heaven knows who else. Again, feedback was positive. warm glows all round.

With these two trial runs under our belt we're going to withdraw for a bit and plan for a big offensive in August when we'd like to take it out at least 10 times. If you have an event that could use a Camera Obscura please let us know.

In the meanwhile, here are the photos from Saturday!

END_OF_DOCUMENT_TOKEN_TO_BE_REPLACED

Another Camera Obscura in the West Midlands! Once you start scratching the surface they're everywhere!

This beauty was built by Aaron Chetwynd Architects as part of the Ingestre Follies heritage trail at Ingestre Hall near Stafford. The architect's photos are from 2010 and it popped up in my Instagram feed today so it's definitely still there.

END_OF_DOCUMENT_TOKEN_TO_BE_REPLACED

During out maiden voyage on Friday someone (I annoyingly forget who) told us that Dudley Castle at Dudley Zoo had a camera obscura at some point. This article in Dudley News from 2010 tells us that yes, there was! Artist Laurence O'Toole designed and created the camera obscura, which is housed in a turret of Dudley Castle. The turret camera was created in 1993 as part of a creative arts festival and provides visitors with a breathtaking view over Dudley town and beyond.

Back then it was "undergoing maintenance work, which is hoped to be completed by next season" but there's nothing on the official website. Is it still there? Can we go and visit it? Questions that must be answered!